Priyanka Das has so many unanswered questions: Why did her mother abandon her home in India years ago? What was it like there? Most importantly, who is her father, and why did her mom leave him behind? But Pri’s mom avoids these questions—the topic of India is permanently closed.

For Pri, her mother’s homeland can only exist in her imagination. That is, until she finds a mysterious pashmina scarf tucked away in a forgotten suitcase. When she wraps herself in it, she is transported to a place more vivid and magical than any Bollywood film. Pri knows this world can’t be the real India, but perhaps it can help her discover the truth.

Almost American Girl by Robin Ha (Memoir: grades 7 and up)
Robin Ha was born in Korea and moved to the United States as a teen. She has also written Cook Korean!, a comic book with recipes. 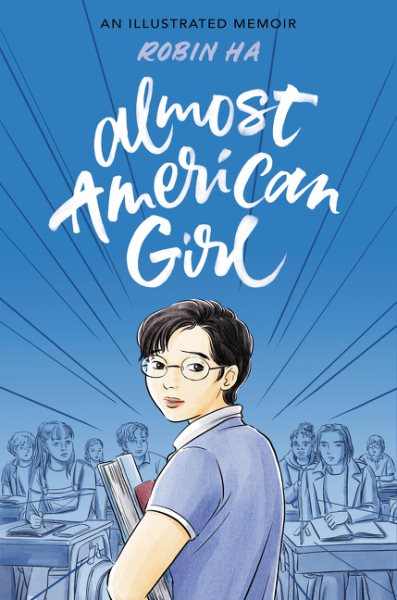 Growing up as the only child of a single mother in Seoul, Korea, wasn’t always easy, but it has bonded Robin and her mother fiercely together.

So when a vacation to visit friends in the United States unexpectedly becomes a permanent relocation, following her mother’s announcement that she’s getting married, Robin is devastated.

Overnight, her life changes. She is dropped into a new school where she doesn’t understand the language. She is completely cut off from her friends in Seoul, and has no access to her beloved comics. At home, she doesn’t fit in with her new stepfamily, and worst of all, she is furious with the one person who means the most to her: her mother.

Tien enjoys reading fairy tales to his parents, who are struggling to learn English. He also loves hearing the Vietnamese tales his mother tells him.

But when it comes to sharing information about his real life,Tien struggles. His parents don’t understand. He can’t seem to find the words in Vietnamese to tell his parentshe is gay. If only real life was more like a fairy tale.

Laura Dean Keeps Breaking Up With Me by Mariko Tamaki (Fiction, grades 9 and up)
Mariko Tamaki is the author of the award-winning graphic novel This One Summer, and numerous DC titles, including Harley Quinn: Breaking Glass. 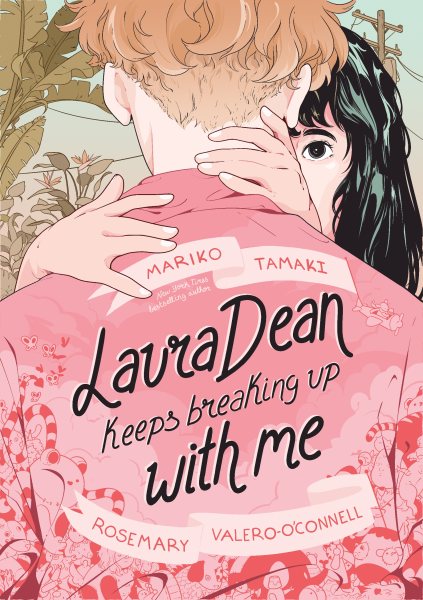 Laura Dean, the most popular girl in high school, is Frederica Riley’s dream girl: charming, confident, and SO cute. There’s just one problem: Laura Dean is maybe not the greatest girlfriend.

Freddy decides to get relationship advice from the Seek-Her, a medium who leaves Freddy with these parting words: Break up with her. But Laura Dean keeps coming back. As their relationship spirals further out of her control, Freddy wonders if it’s really Laura Dean that’s the problem. Maybe it’s time for Freddy to embrace the relationships she needs, rather than the one she craves.

Dragon Hoops by Gene Luen Yang  (Memoir: grades 8 and up)
Gene Luen Yang’s groundbreaking memoir, American Born Chinese won the Printz Award and the Eisner Award. But before he was an award winning author, Yang was a math teacher at a school obsessed with basketball. He revisits that time in his latest graphic memoir. 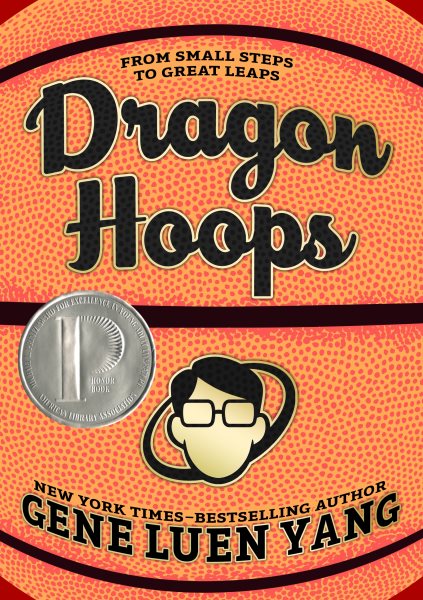 Gene doesn’t get sports. He lost interest in basketball long ago. But at the high school where he now teaches, it’s all anyone can talk about. The men’s varsity team, the Dragons, is having a phenomenal season. Each victory brings them closer to their ultimate goal: the California State Championships.

Once Gene gets to know these young all-stars, he realizes that their story is just as thrilling as anything he’s seen on a comic book page. He knows he must follow this epic season to its end. What he doesn’t know yet is that this season is not only going to change the players’ lives, but his own life as well.

Annotations are from the publishers.